The EITest script makes a GET for a Flash file: 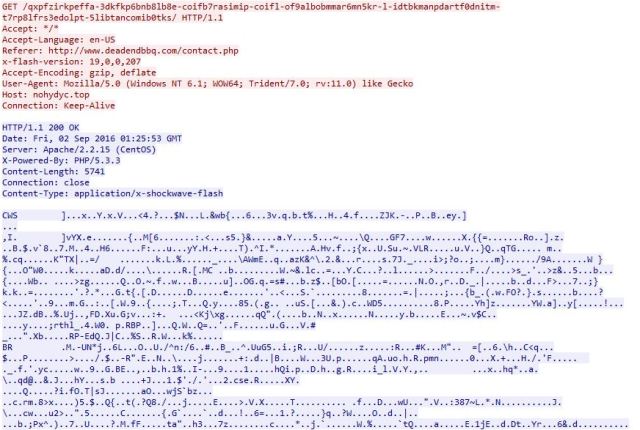 The response from the server shows that the file is being compressed. Below is a response that I was able to capture:

It is being encoded with base64. Decoding the first chunk of encoded data gives me this:

The second chunk of decoded data was too long to put into one picture. I did my best trying to capture it in as few pictures as possible.

Once on the victims reach the landing page the EK server checks the system and sends a Flash exploit: 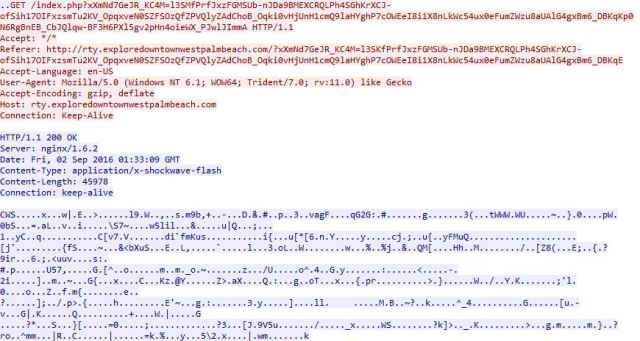 This Flash exploit is followed by the CryptFile2 ransomware payload:

Below you can see the Run and RunOnce registry keys created for persistence:

Now for the post-infection traffic. I found a GET request and POST requests:

Also, the encrypted files are appended with your personal ID and an email address. The format is as follows: .id_YOUR ID_email_enc2@dr.com_.scl

Below are some pictures of the ransom notes and the encrypted files: 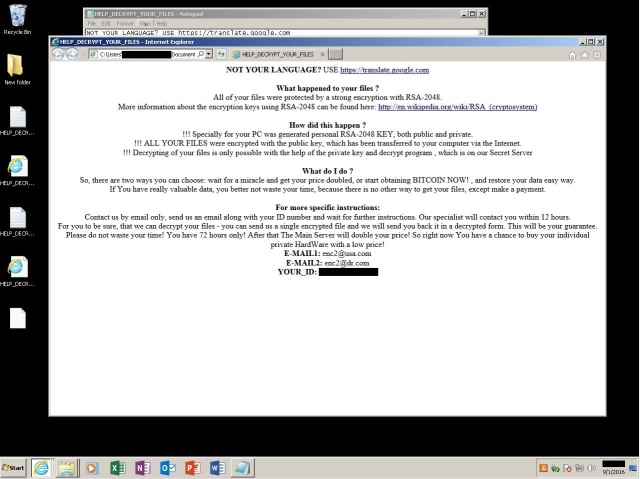